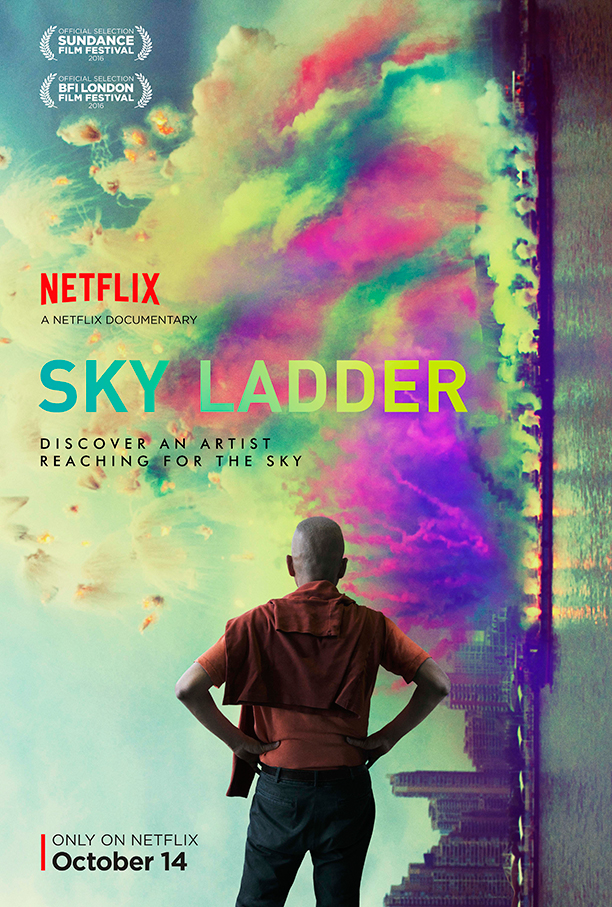 Sky Ladder: The Art of Cai Guo-Qiang is a narrative documentary film directed by Academy Award winner Kevin Macdonald and produced by Wendi Deng Murdoch, Hugo Shong, and Fisher Stevens. The 70-minute feature will debut as a Netflix original film, and will be available in over 190 countries starting October 14, 2016. It will be the first full-length documentary feature on Cai, one of the world’s most influential contemporary artists. Known for his work with gunpowder and fireworks, Cai Guo-Qiang’s explosive artwork has long amazed audiences all over the world. His works, which include drawings, paintings, installations, and explosion events, have been exhibited in almost every major art destination around the globe. While founded in Eastern philosophy, his artistic projects adopt ever-expanding forms of artistic expression and interpretation that respond to local cultures, histories, and various issues in modern society.

Director Kevin Macdonald spent two years with Cai, taking an in-depth look at the artist’s work and daily life while following him from New York to Buenos Aires, Shanghai, Beijing, Liuyang, and his hometown of Quanzhou. Told through the eyes of family, friends, collaborators, art experts, and Cai himself, along with rare footage selected from the artist’s archives, Sky Ladder follows Cai’s meteoric rise on the international stage. It is a dazzling journey that culminates in his becoming an artist known for “lighting fires” all over the world: highlighted by the Opening Ceremony of the 2008 Beijing Olympic Games, his 2008 Guggenheim solo exhibition in New York, the 2013 explosion event One Night Stand on the banks of the Seine, the 2014 daytime explosion event Elegy in Shanghai—among many others. The film also delves into the harsh realities behind these spectacular visions: the struggles, compromises, vulnerabilities, love and family ties, as well as the artist’s complex and profound feelings toward his home and country. 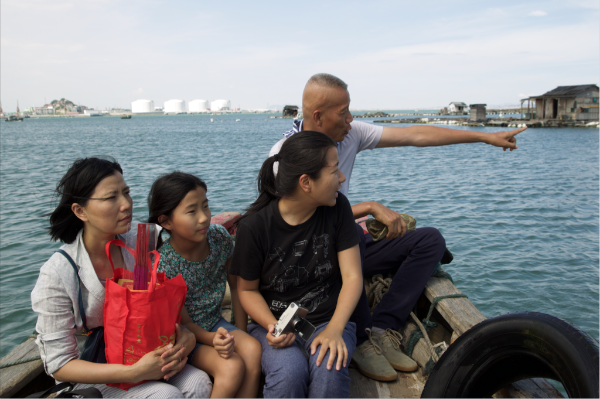 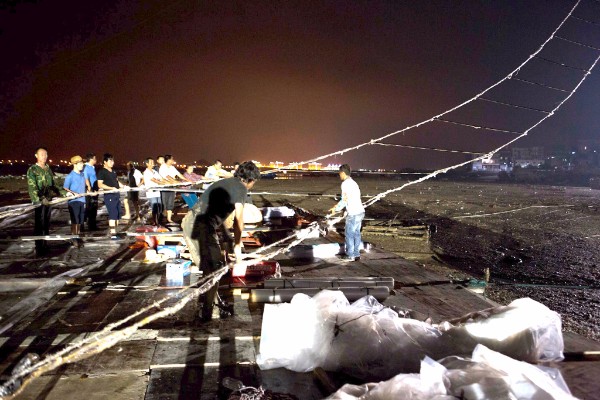 At the heart of the film is Sky Ladder, a 500-meter ladder of golden flames that hissed and roared its way from the shore of a small fishing village in Quanzhou up into the blue sky and the infinite universe beyond. This is the realization of Cai’s childhood dream—a dream to connect with the stars—one that has been attempted multiple times around the world, and one that he never stopped pursuing despite countless obstacles. In June 2015, he made yet another attempt. At dawn, with help from Chinese technical experts and hundreds of local villagers, Cai dedicated Sky Ladder as a gift to his one hundred-year-old grandmother and to his beloved hometown.

A story of one individual artist and his singular dream, Sky Ladder is also a film about undeniably universal human emotions. It has the power to move audiences from any culture or nation, as proven by responses at both the 2016 Sundance Film Festival and the 2016 BFI London Film Festival. 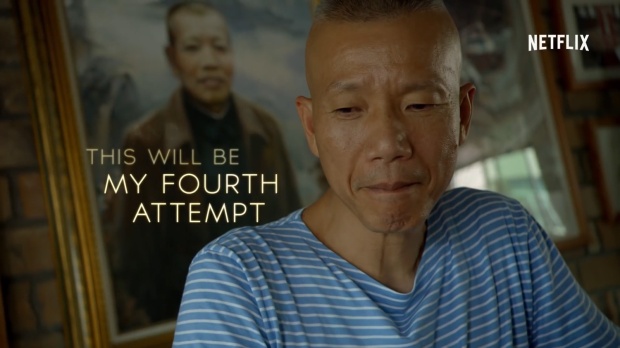 Director Kevin Macdonald’s works include Academy Award Best Documentary One Day in September(1999), BAFTA Best British Film Touching the Void (2003), and Academy Award-winning feature film The Last King of Scotland (2006). Executive Producer Bennet Miller is known for directing Capote (2005), for which he was nominated for an Academy Award and a BAFTA; Moneyball (2011), which received six Academy Award nominations including Best Picture; and Foxcatcher (2014), for which he won Best Director at the Cannes Film Festival. Executive Producer Angus Wall is known for The Social Network(2010) and The Girl with the Dragon Tattoo (2011), for both of which he won the Academy Award for Best Film Editing. Producers include Wendi Deng Murdoch (television producer and co-founder of online art platform Artsy), Fisher Stevens (director and producer of over thirty films, including 2010 Academy Award Best Documentary The Cove), and Hugo Shong (Founding General Partner of IDG Capital Partners and renowned Chinese film producer). Assistant Director and Co-producer Xia Shanshan has worked with Cai Guo-Qiang for many years, and has produced numerous art documentaries including What About the Art? Contemporary Art from China (2016). Director of Photography Robert Yeoman is a longtime collaborator of world-renowned filmmaker Wes Anderson. He was the director of photography for numerous critically acclaimed features including Moonrise Kingdom (2012) and The Grand Budapest Hotel (2014).

This entry was posted on October 21, 2016, 12:14 pm and is filed under Uncategorized. You can follow any responses to this entry through RSS 2.0. Responses are currently closed, but you can trackback from your own site.